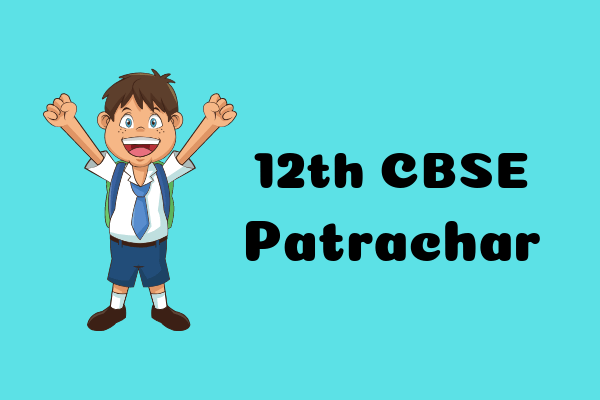 The students who have failed in 9th class or the 11th class can now take direct admission to 10th or 12th class if they apply via CBSE Patrachar. Following are the admission details for CBSE Patrachar 2018-19.

CBSE Patrachar has called for the applications for getting admission to the classes of 10th and 12th board session of 2018-19. It is an open school of learning where applicants can have a jump start if they have failed in the previous class to a board class. They can directly be admitted to 10th and 12th. The failed candidates of 9th and 11th classes have an option not to repeat the same class and get admission to the next one through CBSE Patrachar as they cannot go forward in the regular schooling system.

In a Patrachar Vidayla, the students get the right type of education and guidance to move forward to the next classes with comfort, ease and confidence and complete their studies. The certificate that the students get after completing their study from CBSE Patrachar would be the same if they were studying in any other private school.

Here, we have given some explanation and details related to some important information related to the subjects on offer, significant dates, fees structure etc. that the students need to know prior to getting admission into the CBSE Patrachar School.

Following categories can benefit from the rollout of admissions:

Students who live in Delhi need to show the proof of residence as per the guidelines published in the prospectus.

The soldiers who have been posted on the border regions

Children of the workers who are working in Indian Missions Abroad

Prior to getting yourself enrolled in 10th or the 12th class, the students are required to choose subjects, and this is something that needs to be done with the utmost care and discretion. Once you have chosen a subject, it can become a basis on which you can build and shape your future.

CBSE Patrachar offers the following subjects to the candidates of class 10 and 12:

For admission to CBSE Patrachar  class 12th, you need to attach the following documents along with your admission form:

6 Two Self attested photostat copies for the Proof of residence in Delhi.

Mode of Payment to submit the admission fees:

There is only one mode of payment of fees, which is mentioned in the prospectus as a form of bank challan. The candidate has to get Bank Challan from nearby SBI branch, in Delhi.

After the payment has been made, a copy of the challan showing paid receipt needs to be attached to the admission from during the admission process.

There will be no refund made once the admission fees are submitted.